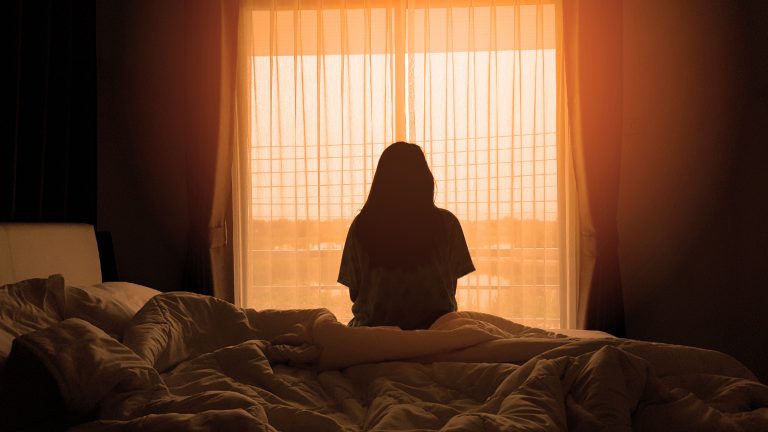 If we are going to talk about “taboo topics” in church, abortion has to be high up on that list, right? A topic that is not easy to discuss as it is usually accompanied by secrecy, fear, shame, and guilt. The church needs to deal with abortion, it’s a big topic right now and we can’t afford to stay quiet about it.

We have no idea how many young girls and women in the church have made this decision and need healing from it. They are afraid to talk about it and for a long time there’s been no support from the church, so they carry this deep dark secret. They need support and love, not judgment or condemnation. I want them to know they need not fear, they can find healing and forgiveness in Jesus.

The Lord is willing to forgive them, they just have to cry out to Him. He loves them and He’s there with His arms wide open, He will not turn them away. They just need to confess the sin and God is faithful and just to forgive and cleanse from all unrighteousness (1 John 1:9).

The beginning of my story

I grew up in church starting from the age of five. I followed Acts 2:38, and at the age of 17, I became baptized in Jesus’ name on October 8th, 1993. After being initially saved, one thing leads to another, and I found myself leaving the church at the age of 18.

Ever since then, I became an angry, bitter, hateful young woman who was full of insecurities, hurt, and distrust of others. There was so much turmoil going on inside me. I felt so unloved and I just wanted someone to love me. Instead of turning to Jesus, I turned to men. For about three years I lived a life of promiscuity. I fell for every line and just gave myself freely. During that time of what I thought was “sexual freedom”, I became pregnant, twice.

Why did I choose abortion?

The first pregnancy was with a man I barely knew, and I had no idea who the father was for the second pregnancy. I chose abortion because I wanted to keep having fun and I did not want a child to get in my way. I was selfish and didn’t want the responsibility of raising a child. I also did not want my Christian parents to find out I was having sex and got pregnant. If they didn’t know I got pregnant then I wouldn’t have to worry, so abortion seemed like the only option.

The third abortion happened when I was in a relationship, no longer living promiscuously, but still living in sin. With this man, I had my only son, Joseph, and soon after found myself pregnant again for the fourth time. I was so scared and also upset with God for letting this happen since I was taking preventative measures to ensure I didn’t get pregnant again. I chose abortion this time because I couldn’t afford another child. I wasn’t prepared for two small children. I didn’t know how I would make it, especially with all the trouble the father and I were going through. Abortion felt like the only option again. This last one was the most traumatic since I was already 5 months along in my pregnancy. I had complications and thought I was going to die and go straight to hell.

Turning back to God

I never got pregnant again. The abortions were done, and I didn’t have to talk about them or deal with them. I felt I could just put them behind me, they won’t affect me, and I’ll be fine. I just shoved the abortion experiences somewhere deep down and forgot about them. I forced myself to live that way for a long time.

Then, on March 23, 2003, the Lord so graciously refilled me with the Holy Ghost. When that happened, then started the journey of having to deal with everything that I had been through up until that point, even the abortions, which I believe I put as the greatest sin in my life. That was the one sin I thought He just can’t forgive me of. I would think of the experiences, how old would the babies be, were they boys or girls? Different situations would bring back guilt, shame, and condemnation. I also struggled with thinking that God did not take my babies to heaven. I committed an ultimate sin, so I felt the babies would pay the price for it too.

I was living for God now but I still was not free from the sin of abortion. I felt I couldn’t talk to anyone because I was afraid of what they would think of me. A heavy weight was lifted off of me when I finally accepted my babies are in heaven. I felt like I needed confirmation and a minister so gently and lovingly assured me they are in heaven. I cried with such joy and relief because then I knew I would see them one day.

One night when the abortions weighed so heavily on me, I asked the Lord to forgive me for what I did to my babies. I just kept repeating how so so sorry I was for what I did. I knew He had already forgiven me for everything I had done, but having three abortions just seemed 1,000 times worse. That night I felt such a freedom from the guilt and shame. I truly accepted that He has forgiven me.

In January 2022, our awesome church, International Pentecostal Church, started a Post-Abortion Support Group in our ACTS (Alcoholic Chemical Treatment Series) program, and being part of it is bringing on even more healing and processing. The support group had a ceremony in which I was able to speak of my abortion experiences and also honor my three babies. I wrote a letter to my babies, and that was something I had been wanting to do for so long and the Lord granted me that opportunity. I felt complete liberation that night at the ceremony.

Galatians 5:1 tells us, “It is for freedom that Christ has set us free. Stand firm, then, and do not let yourselves be burdened again by a yoke of slavery.”

I know that I am completely healed of the fear, guilt, shame, and condemnation of the abortions. I walk in freedom and I choose to be free. I no longer carry the heavy burden. I no longer fear what others may think of me. I acknowledged my sin and I sought the Lord for healing. Although I do regret the abortions, I cannot change what I’ve done. I can only take my experience and allow the Lord to use me to help other women on a path of healing and forgiveness and live in freedom through the glorious power of Jesus Christ.

I’m here for you

If you are like me, and have been through an abortion and are seeking help in this trying time, know that I’m here and willing to help!

Click on the button below, and let’s work together with God’s grace to begin the healing process.