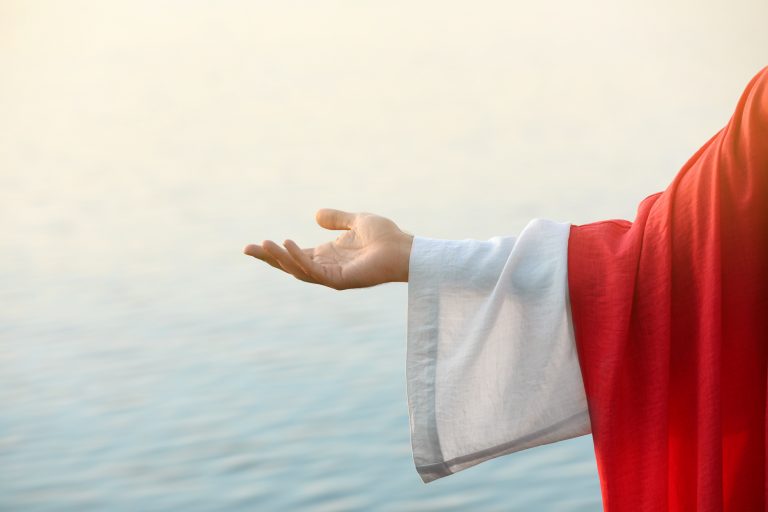 “Jesus answered, “Truly, truly, I say to you, unless one is born of water and the Spirit, he cannot enter the kingdom of God.” (John 3:5)

The phrase “Born Again” denotes a new birth of water and spirit. Born of water speaks of baptism in the name of Jesus for the remission of sins.

Baptism, derived from baptizo in Greek, means to dip, plunge, or immerse. Literally, baptism denotes being overwhelmed or immersed.

Two scriptural baptisms relate to the believer: water and spirt. John the Baptist related the two baptisms in Matthew 3:11.

Furthermore, Jesus told Nicodemus in our opening memory verse that the new birth was comprised of water and spirit births.

John the Baptist conducted water baptisms while preaching repentance. As the forerunner of the Messiah, John introduced Jesus to the world by baptizing Him in the River Jordan.

Jesus further endorsed the importance of water baptism when He commanded his disciples in Matthew 28:19.

“Go therefore and make disciples of all nations, baptizing them in the name of the Father and of the Son and of the Holy Spirit.”

The apostles fulfilled the Lord’s command by emphatically commanding their converts to be baptized in the name of the Lord Jesus. To the Jews, Peter commanded in Acts 2:38:

“And Peter said to them, ‘Repent and be baptized every one of you in the name of Jesus Christ for the forgiveness of your sins, and you will receive the gift of the Holy Spirit.'”

Peter commanded the Gentiles in Cornelius’ to be baptized after they had received the Holy Ghost in Acts 10:47-48.

And the Bible records the following discussion between the Apostle Paul and twelve men that Paul met in Ephesus in Acts 19:3-5.

The Importance of Water Baptism

First, water baptism stands tall as one of the foundational doctrines of the New Testament church. In the letter to the Hebrews, Paul describes water and spirit baptism as fundamental doctrines of Christ in Hebrews 6:1.

“Therefore leaving the principles of the doctrine of Christ, let us go on unto perfection; not laying again the foundation of repentance from dead works, and of faith toward God.”

Second, water baptism aligns the believer with Jesus’ death on the cross. The single word “Substitution” summarizes the entire story of the Bible. Before Adam failed God in the beginning, God had established the punishment for sin: Death (Genesis 2:17 and Ezekiel 18:4)

Since the price tag for sin was death and God discovered that Adam had sinned, Adam received the curse of death. Death literally means separation: physical death denotes separation of spirit and body, and spiritual death denotes separation of God from man. After sin, Adam was separated from God and experienced spiritual death, and as Adam and Eve stepped out of the Garden of Eden their bodies began to deteriorate and they began to experience the physical death process. The Bible instructs that all mankind exists under the same canopy of death (Romans 5:12, Romans 3:23, and Romans 3:10).

Therefore, God required for the price of Adam’s sin to be paid by a substitute, so God killed an animal as compensation for the curse of death in Genesis 3:21.

However, the Bible clearly indicates that an animal’s death cannot permanently pay the price for man’s transgression; God expected a more complete payback, someone like Adam, a pure undefiled sinless man, to die as a substitute for mankind (Hebrews 10:4,11).

Of utmost importance, we must realize the imperative requirement for substitute to die in our place; otherwise , we must bear our own curse of death and face eternal separation and punishment. god does not force us to accept His given substitute; rather, we must choose to align ourselves with Jesus’ death which occurs through baptism (Romans 6:3-4 and Galatians 3:27).

Therefore, through baptism in Jesus’ name, we attach ourselves to the death of Jesus and allow for Him to become our substitute.

It Washes Away Our Sins

Third, God remits sin by baptism. Since Jesus’ death paid the ransom price for man’s sin and baptism aligns  the believer with Jesus; substitutionary death, through water baptism, our sins, transgressions, and curse pass from us to Calvary (Acts 22:16).

Fourth, water baptism buries the old man. The Bible calls the carnal man or the human nature “the old man”. This old man dies in repentance, and baptism depicts the burial of the old man. When individuals are buried, they are placed beneath the earth, and in baptism, we are “buried with him by baptism into death” (Romans 6:4).

Fifth, water baptism allows us to rise into a new life. Repentance symbolizes death, and baptism depicts burial of the old man. When we rise out of the watery grave of baptism, we come forth into a new life (2 Corinthians 5:17).

The Bride of Christ

Sixth, water baptism places the believer into the bride of Christ. When a bride marries her groom, she takes his name; so also in baptism, we take the name of our Lord Jesus. In Bible days, before a bride and groom exchanged vows, the bride took a “bridal bath”. She was taken to a pool of water and completely immersed in water symbolizing the washing away of all her previous lovers. She came out of the water completely cleansed for the one she would marry. So in baptism, we take a “bridal bath” and rise out of the water reserved for the single One we love (2 Corinthians 11:2, Ephesians 5:27 and Revelation 19:7-8).

Taking His name in baptism and becoming a part of His bride prepare us for the rapture of the church (Isaiah 43:5-7).

It Gives Us Authority

Seventh, water baptism in the name of Jesus gives authority for remission of sin and salvation. When a person signs a check, his titles are meaningless, and his name absolutely necessary.  The signature activates the necessary authority for the bank to release funds. The bank would reject titles such as: husband, father, son, and owner, but the bank has to honor the signed name. Baptism in Jesus’ name places the necessary authority to release and transfer sins to the cross (Acts 4:12).

It Completes the Covenant

Eight, water baptism seals the covenant. God called Abraham and made a promise to bless him and make his offspring as innumerable as the sand of the sea and stars of the sky. To seal this promise or covenant, God required for Abraham to be circumcised as well as all of his descendants.

God offers the believer many promises, but expects for us to seal the covenant through baptism (Colossians 2:11 and Philippians 3:3).

It’s Part of the New Birth

Ninth, water baptism is seen as a part of the new birth. Jesus said that to be born again, a person must be born of water and spirit. Baptism in water in Jesus’ name depicts the birth of water.

“Whoever believes and is baptized will be saved, but whoever does not believe will be condemned.” (Mark 16:16)

This is even further expounded and compared to in the days of Noah where souls were “saved by water” in 1 Peter 3:20-21.

The Biblical Mode for Water Baptism

The Way Baptism was Administered

Second, the Bible shows that baptism means immersion in water. John the Baptist chose a place to baptize his converts where there “was much water” (John 3:23). When Jesus was baptized, He came “up out of the water” (Mark 1:10). When the Ethiopian Eunuch needed baptism, the Lord provided enough water in the desert that “they went down both into the water, both Philip and the eunuch; and he baptized him” (Acts 8:38). Furthermore, Philip and the eunuch came “up out of the water” (Acts 8:39). The Apostle Paul described baptism as a burial (Romans 6:4) and a planting (Romans 6:6).

Third, various authorities describe biblical baptism as immersion. Classic Greek-English Dictionary by Pollett states “Greek word baptize means to dip under.” Catholic Biblical Encyclopedia states, “Immersion was oldest method employed.” Encyclopedia Dictionary of the Bible states, “It is evident that the action performed in baptizing was immersion.” Schoff-Herzog Religious Encyclopedia states, “Baptism was always a burial. The command to baptize was a command to immerse.”

Fourth, the scriptures do not support infant baptism. Since believing and repenting must precede baptism, an infant can do neither, and therefore is not a candidate for baptism. Also, many authorities agree that infant baptism was a later development in Christianity.

The Biblical Formula for Water Baptism

In the Name of Jesus

The church began in Jerusalem (Luke 24:47), and the Jerusalem church gives us God’s desired guidelines for His people (not the church that stemmed from Rome). According to all New Testament references which speak of baptism in the early church, every convert was baptized in the name of Jesus Christ, and none were baptized in the titles of the “Father, Son, and Holy Spirit”. References include:

Baptism in the Name of Jesus is essential for Bible salvation. The scriptures offer several explanatory reasons:

The Disciples Knew What Jesus Meant

Fulfilling a command denotes more than simply repeating a command. One may command, “Go, shut the door,” and the hearer could walk up to the door, repeat the command, and speak over the door, “I hereby shut the door.” Unless the individual takes the door and closes it, he only repeats the command never fulfills it. The disciples did more than repeat Jesus’ command; they fulfilled it!

Jesus had given the “keys to the kingdom” to Peter (Matthew 16:19) and expected him to open the various doors that needed opening. His message in Acts 2:38 records three keys that the Apostle Peter gave us, one being baptism in Jesus’ name.

Remission of Sins in Jesus’ Name

Fourth, Jesus is the only saving name. As previously noted, Jesus died and paid the price for man’s sin through death, and we must be associated with His sacrifice to transmit our sin to Him. Since He died for us, we can be buried with him in baptism (Acts 4:12).

Be Part of the Family

Fifth, Jesus is the family name. “Of whom the whole family in heaven and earth is named” (Ephesians 3:15). To be accepted in a family or as a bride, one takes the name of the family. In baptism, we take the name of Jesus.

All Things in His Name

Sixth, the Bible instructs us to do everything in the name of Jesus. “And whatsoever you do in word or deed, do all in the name of the Lord Jesus” (Colossians 3:17).

Just as most people visiting loved ones saved their most important words to the time just prior to departure, Jesus offered His heart felt concerns and commands just prior to His ascension from the earth. Within these commands, Jesus instructed His followers about baptism.

The disciples obviously understood Jesus’ final command because every instance of conversion in the New Testament also includes baptism in Jesus’ name. Baptism according to the scripture denotes complete immersion in water in the name of Jesus Christ for the remission of sin.

History supports the concept that the early church baptized in the name of Jesus Christ for the remission of sin.

Be sure to read the next lesson titled, “I Am Born Again, Born of Spirit” in this Rooted & Built Up series taught at International Pentecostal Church.